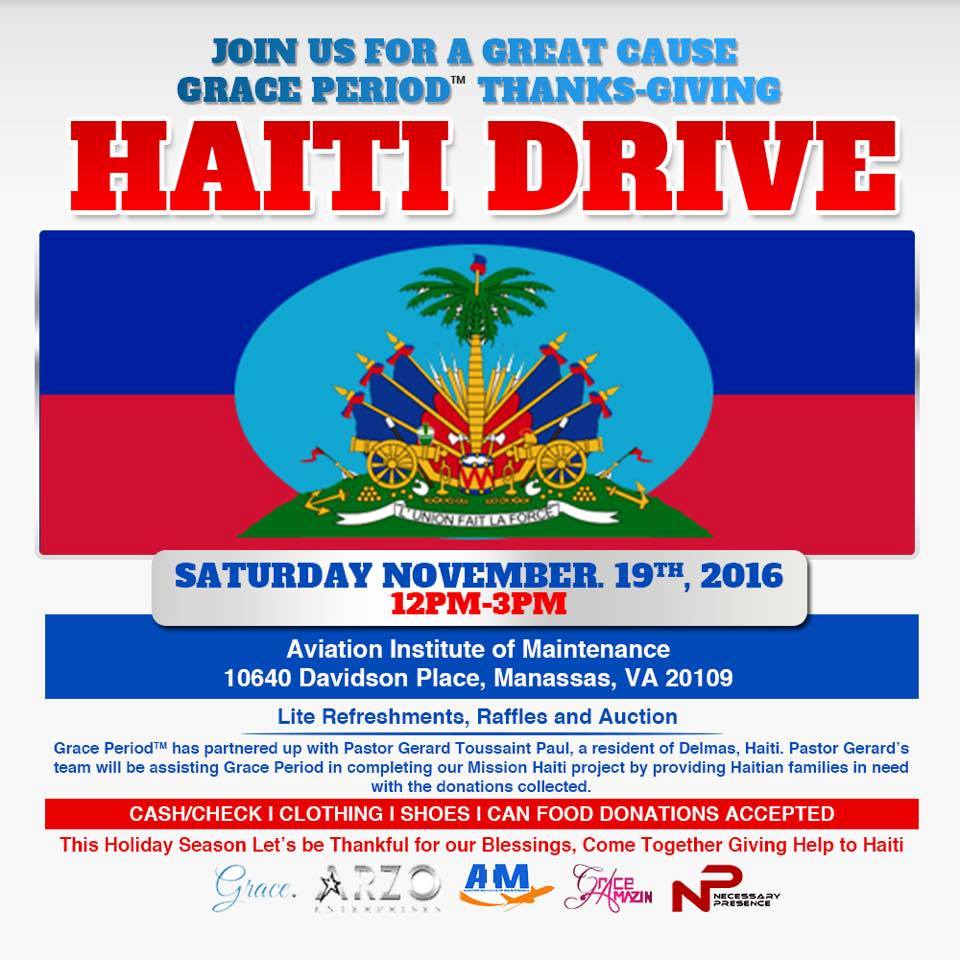 In the world today, there are privileged individuals or groups, and there are also the less privileged ones. This category is made of people who cannot afford to take full responsibility of their obligations; they mostly depend on nonprofits to get through every day. So basically, a nonprofit an organization that exists not to incur revenue for the members of the organization, but involves the profits incurred to achieve selfless missions for the less privileged all around the world.

A nonprofit organization is exactly what we are at Grace Period; we have been around the block since 2010. We intend to chop down the number of the number of vulnerable children and youth in impoverished communities around the world. Everyone has a story and here’s our story in a timeline:

Last year 2015, the supplies collected were given to The Community Partnership for Homeless in Washington, DC, helping families in DC in need. Fast forward to now 2016, the unfortunate happened in Haiti, again. Hurricane Matthew

Now we are gearing up for our 3rd annual Thanks-Giving Drive; we want to circle back around to the caribbean island where so much has been lost; Haiti. This time we have partnered up with Pastor Gerard Toussaint Paul, a resident of Delmas, Haiti. Pastor Gerard’s team will be assisting Grace Period in completing our Mission Haiti project by providing Haitian families in need with the donations collected.

Nonprofits may not be compulsory but it is important that we all come together and make the world better. We have a function coming up, Grace Period Thanks-Giving Help Haiti Drive on Saturday, Nov. 19th, 2016 12pm-3pm, at the Aviation Institute of Maintenance 10640 Davidson Place Manassas, VA 20109. There will be light refreshments, Raffles and Auction to color the day.